Due to a quickly expiring groupon at The Century Grill, I convinced my sister Bel to meet me for dinner on the 30th so we could use it before it expires on the 31st (cutting it close right?) The Century Grill is owned by the century group who also run several other places – Delux Burger Bar, Hundred Bar and Grill, and Lux Steakhouse and Bar. I’ve managed to visit all of the other century restaurants (thanks to help from groupon!) and this visit completes my century group dining experiences.

The Century Grill is located on the south side along Calgary Trail so it was close to home and work! I feel like it’s been there forever and I can’t figure out why I’ve never been before. The atmosphere is quite lovely with many little curvy booths and tables – it was a pretty busy night as there were lots of big groups around. Bel and I got a roomy booth to ourselves (normally seats 4) so it was nice to have more space. Even though the dining room was relatively full, the noise level was still quite comfortable and we were able to talk without having to raise our voices. Overall I would consider the atmosphere and decor of Century Grill as casual elegance.

Bel had the Creamsicle Margarita – Olmeca Gold tequila, orange juice, ice cream, margarita mix, which was really nice and not overly sweet. She had to give the ice cream a little time to melt before she managed to get more than a sip at a time. She enjoyed it a lot and said she is considering making it her favorite go-to drink for future Century Grill visits. 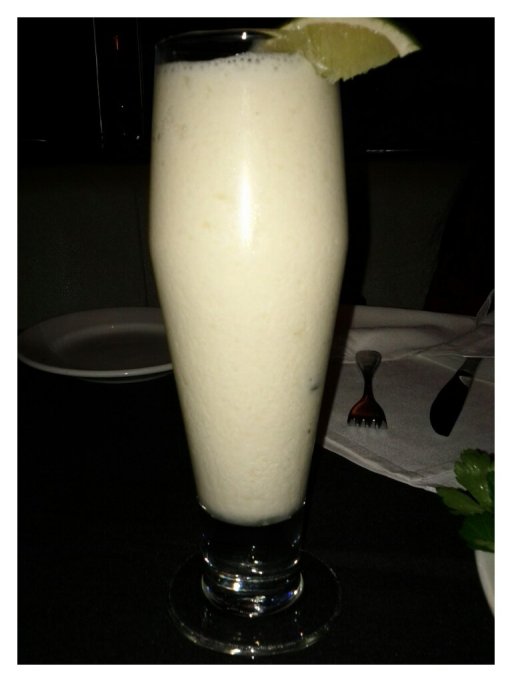 We decided to share an appetizer and since I vetoed the tuna tataki, we went with the calamari with lemon and caper aioli instead. The calamari was delicious! It was not overly battered and fried to crispy perfection without being super chewy. As Bel drank, I kept eating so I probably had more than my fair share (you snooze, you lose?). Apologies for the picture quality – I guess my phone’s camera is not very happy when we take pictures in dark restaurants – also what looks good in the dark might not look as good in the light of day (possible double entendre?). 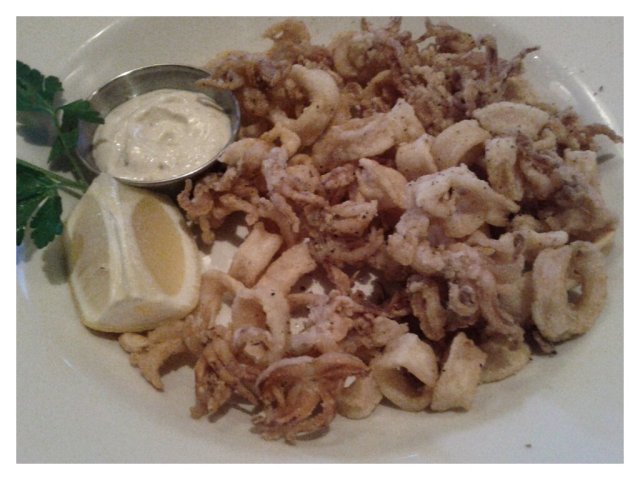 As usual I feel compelled to comment about the bread because I love my carbs. There were two (possibly three) types of bread in our basket: pretzel bread, french bread and (as Bel describes it) fluffy french bread. Accompanying the bread was a dill butter, balsamic vinegar and olive oil, and a sundried tomato butter. I only sampled a slice of the pretzel and french bread and left Bel the rest. Both breads were ok, but not the most amazing bread in the world (amazing bread is really hard to find). The butters were lovely and had a nice subtle flavor that worked well with the variety of breads. Bel particularly liked the sundried tomato butter and noted that she probably didn’t match the right bread type to the right condiment (I didn’t realize there was a right way to match bread and butter!) – I just tried pieces of each bread with all the condiments (it seemed like a good way to go).

For entrees I had the salmon with maple ginger glaze, dill gnocchi and seasonal vegetables, while Bel had the 7oz tenderloin with cabernet demi, goat cheese potato gratin and seasonal vegetables. My entree was fantastic! The salmon was cooked to perfection and had a hint of sweetness because of the maple ginger glaze. The gnocchi were tiny little pillows of heaven – I was stuffed to the max and had 8 pieces left and I forced myself to finish them because they were so good! I highly recommend this dish and I am definitely ordering it again in the future. 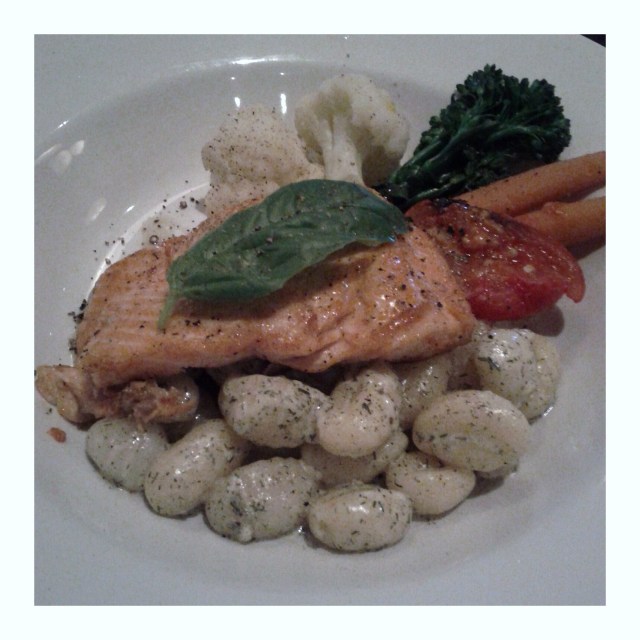 Bel loved the tenderloin as it was cooked exactly the way she wanted it (medium rare) and the cabernet demi was lovely. I had a taste of her potato gratin and that was very delicious – Bel ended taking it home since she filled up on bread and couldn’t fit any more starch in her system. Even reheated the next morning, the gratin was just as good as the evening before. 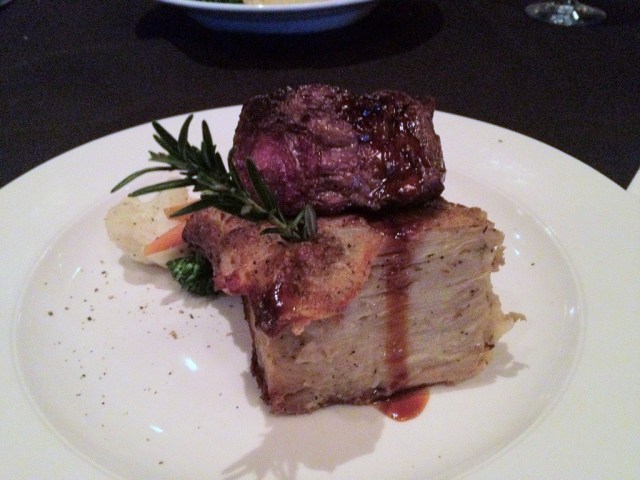 Since we polished off our entrees and were heading towards food coma, we had to (sadly) pass on dessert. Maybe one day I will only pop in for dessert because I don’t know if I can ever have an appetizer, entree and dessert – although I guess I could take half my entree home and save room for dessert. In the end though we had a great dinner and everything about our Century Grill experience was excellent.

Our entire bill came out to $97 including tax and tip but after factoring in the $50 groupon, I ended up paying $47 plus my original $25 groupon cost for a total of $72. Again, I didn’t maximize my groupon savings (see Famoso trip for WWAP groupon thoughts), but 25% is better than nothing. I don’t know that I would have stopped by without the groupon as I always had the impression that Century Grill would be more formal than I prefer, but I was wrong and it’s certainly on my list of places to come back to.

Obviously I probably can’t afford to eat at Century Grill on a super regular basis but I would definitely consider coming back for special occasions like birthdays or other celebrations. I noticed that there are a few areas for parties and large groups so maybe I can have my next birthday bash there… Nothing wrong with planning ahead right?

#GotItFree Getting picnic ready with @chapmansicecream! So excited that Chapman's has no sugar added + lactose free ice cream bars - these vanilla bars with chocolatey coating are a great and delicious option as I can't handle much of either (my spirit is absolutely willing but my body is much less on-board). 😅